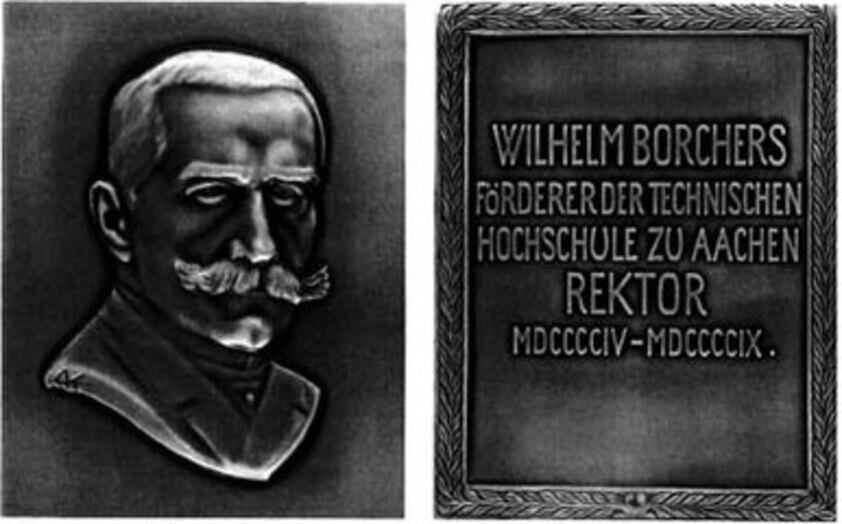 Privy Council Professor Dr. Dr.-Ing. E.h. Wilhelm Borchers was full professor of metallurgy at our University from October 1st 1897 until his death on January 6th1925. In the years 1904-1909 he presided over the university as its Rector.

It is only natural to honour his deserving performance of this task with an honorary badge in his name. For the same reason, the Borchers Foundation was established on the 1st of July 1909. The Borchers Badge is awarded to doctoral students of RWTH Aachen University, who have passed their PhD examination "with distinction".

Preize winners of the previous years