You Are Here: History 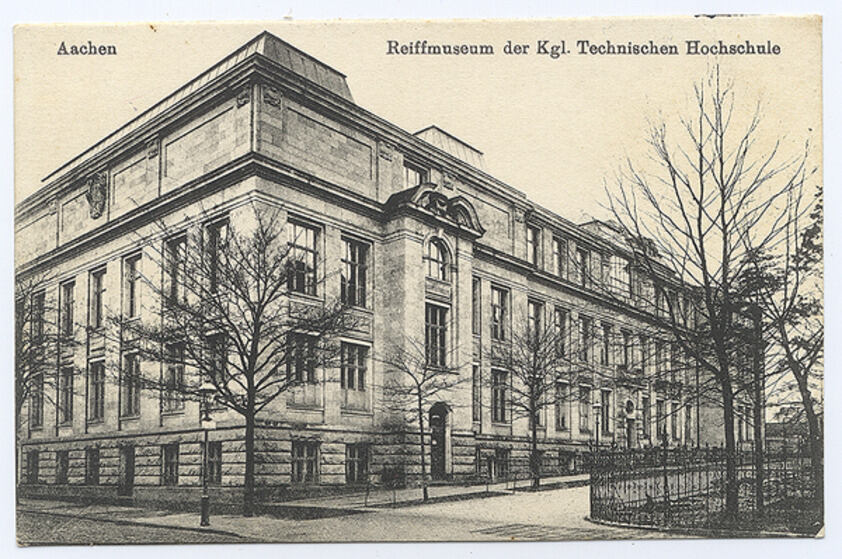 The Faculty of Architecture today is located in the Reiff-Museum, which was named after Franz Reiff (1835-1902), Professor of Figure and Landscape Drawing and opened in 1908. On the one hand it served as a museum, on the other hand as a place where architects were trained. Its collection of almost 300 artworks included 200 original copies, which were used in the education of architects and art historians.

At RWTH Aachen University, architects have been trained since 1878, and urban planners since 1965, which placess it among the oldest university programs of this kind in Germany. Its long and – regarding the high number of prospective students – successful history originates from the profile of the education: At its center lies the conveyance of design, artistic and technical knowledge and skills based on social, cultural and environmental responsibility.

Due to the growing number of students and the resulting lack of space, the Reiff was extended by an annex during the years of 1960 to 1963. Further reconstructions and extensions followed shortly afterwards. After the death of Franz Reiff and his successor, Max Schmid-Burgks, the collection lost some of its repute, so that many works were given away, sold or forgotten. A project seminar at the Art History Institute was established in 2005, which refurbishes the collection. The collection of the Reiff Museum can be admired in a virtual museum. Reiff Museum.

With the Bologna reform, the Bachelor and Master system was also introduced in Aachen. Since the winter semester 2006/07, a Bachelor of Science in Architecture and since the winter semester 2009/10, a Master of Science in architecture and Urban planning have been offered. In the future, interdepartmental and interdisciplinary collaborations with many neighboring areas inside and outside of RWTH Aachen University.will help to further develop the university character of the education.