Handbooks. An excursus into architectural representation

This Ph.D. thesis deals with the concept of architectural design as "machine of thought" characterized by the integrative elaboration of heterogeneous but concurrent problems and focuses the role and the interrelationship of architectural manuals and the techniques of representation and notation. In particular, the research project addresses one specific potential of manuals, which has not been investigated deeply until now: their characteristic way of differentiating the architectural project into multilayered problems and autonomous solutions, which provides them with a continuously regenerating and highly innovative development direction. The role of textual material within the design process is investigated: How are texts consulted, elaborated, re-written or newly generated during the process, in what way texts are translated into visual information, how do they evoke concatenations of images, how do they - as form of explicit knowledge - inform or catalyze forms of implicit, intuitive knowledge? How do the conventions of architectural drawing techniques influence the meaning of the different kinds of representations? 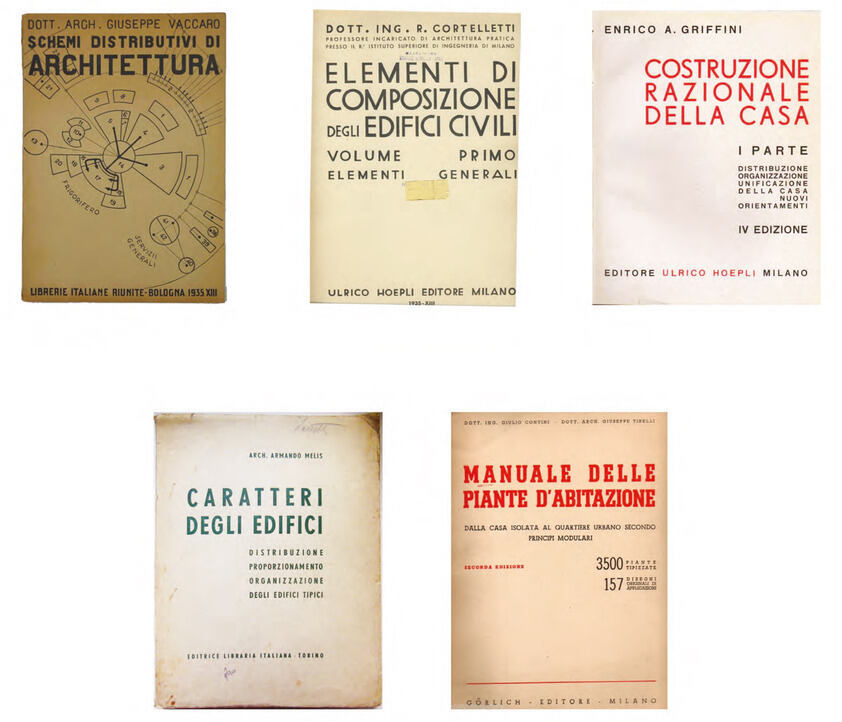