You Are Here: HAMLET CRECHE

A Kindergarten for the Township Hamlet Creche 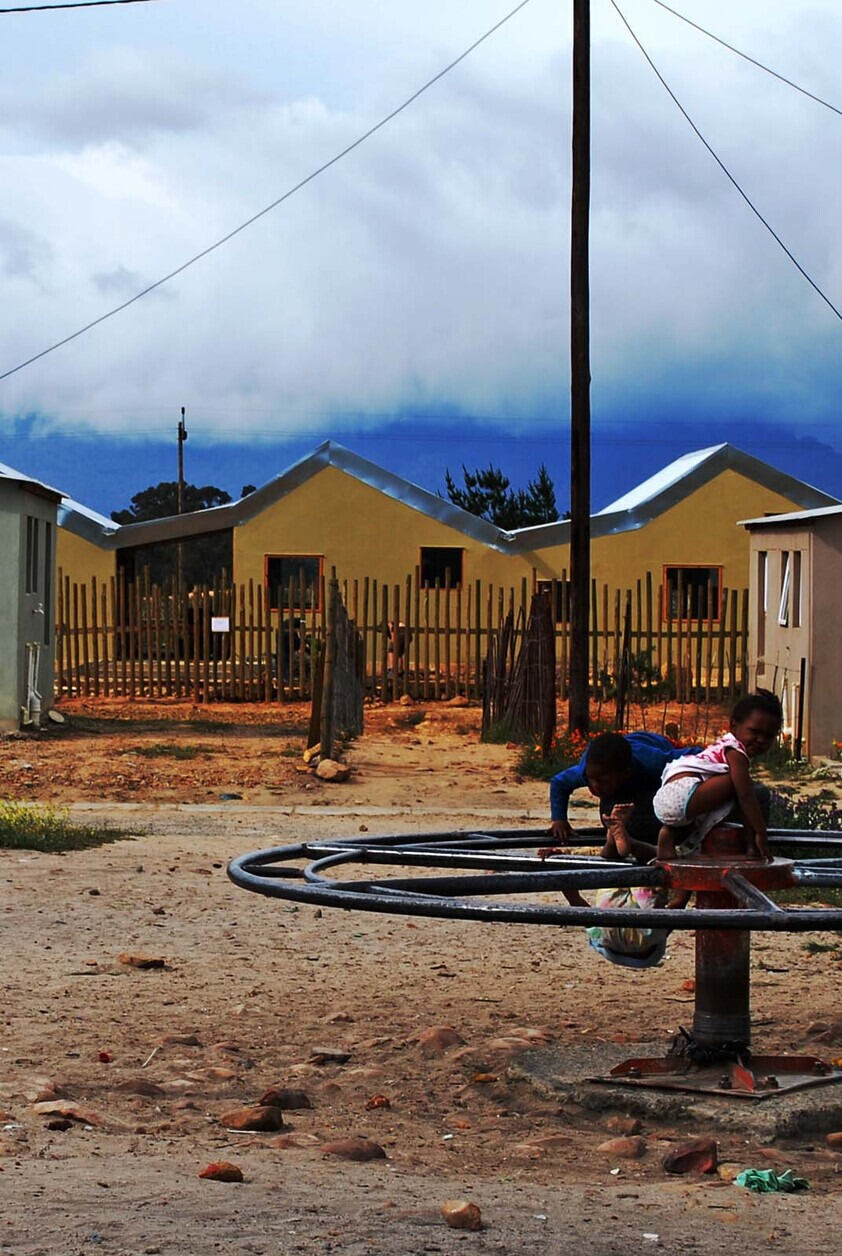 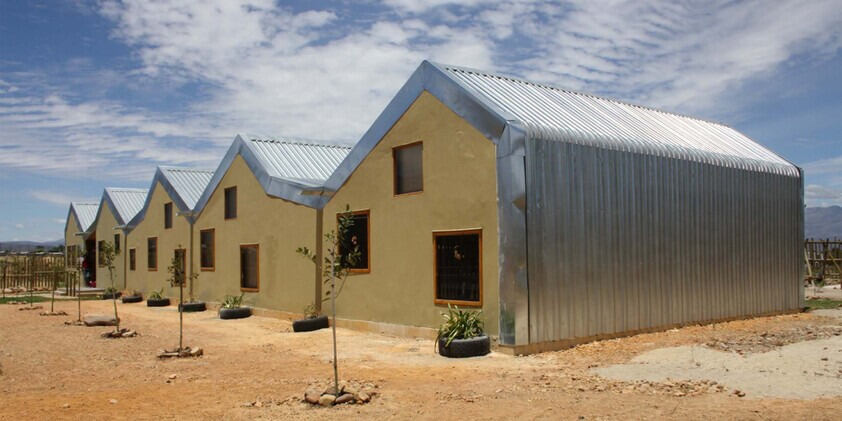 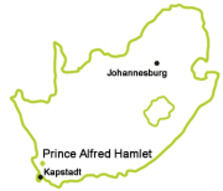 Hamlet Creche is a kindergarten on the outskirts of the township Phase 4 in the town of Prince Alfred Hamlet, situated high up in the mountains about 140 km north of Cape Town. Four years ago, the huts built by the inhabitants – so-called Shacks – were replaced by small simple houses sponsored by the municipality. As of now, there is no kindergarten for the about 300 small children living there.
The task was to develop a room concept, which offered space for 80 children between three months and five years to begin with while being sustainable and expandable.
The building's development was affected by the requirement of both creating a good indoor climate despite a very hot summer and a relatively cold winter, and of using locally available low-cost materials. Therefore, the materials mostly used are solid clay bricks manufactured on the construction site, locally customary crosscut wood and wooden boards from the local fruit industry for the facade.

The kindergarten is north-south oriented. There are three group rooms, two of which can be joined to form a multi-purpose room via a movable sliding door, a kitchen, an office, bathrooms and storage rooms. The rooms are arranged linearly.
To the south of the building is a long covered loggia, which widens into a spacious eating area in front of the kitchen.

The building is realized as a wooden post-and-beam structure. The roof construction consists of a series of asymmetrical saddle roofs, which were prefabricated element by element on the bottom plate and then placed on the load-bearing walls resp. columns.
Special charm is added to the building by the alternately arranged folding in the roof soffit which is part of the bearing structure – a rafter construction with tie.
In the north, the walls are filled in with solid clay bricks and are plastered on both sides. The thick mud wall protects against excessive heat in summer and in winter the low sun warms the rooms and the heat is stored in the walls. In the south, east and west, the walls are revetted with large bracing plywood boards on the inside. Raw bricks are stacked between the wooden columns as a thermal mass and insulated from the outside. Planking made of boards recycled from the fruit boxes habitually used in the local fruit industry are added. The roof is made of galvanized sheet metal.

The Project was realized in cooperation with the Henkel company and its South African BEE partner VUYA. 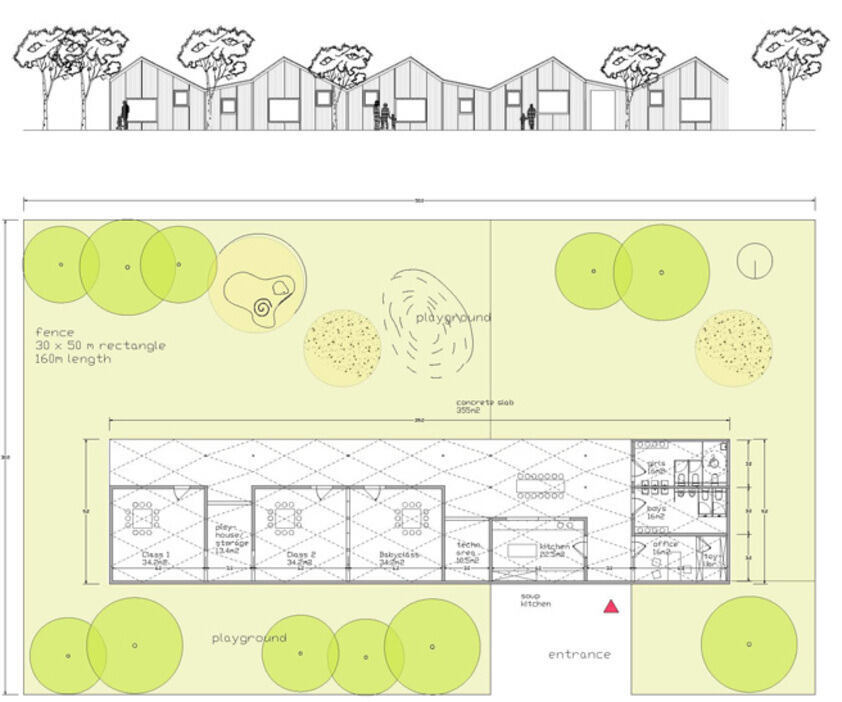 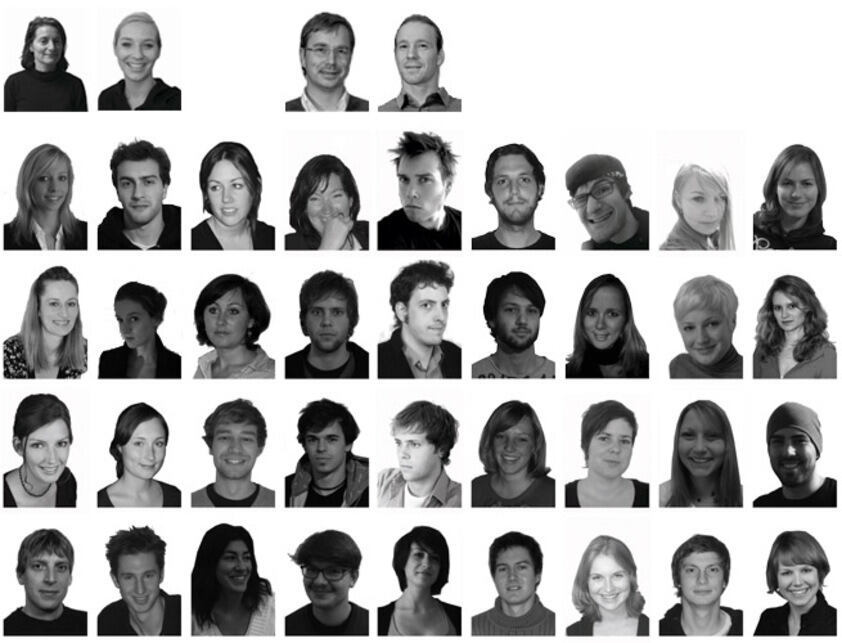 Staff and students of the RWTH Aachen University.