You Are Here: Counter Entropy House 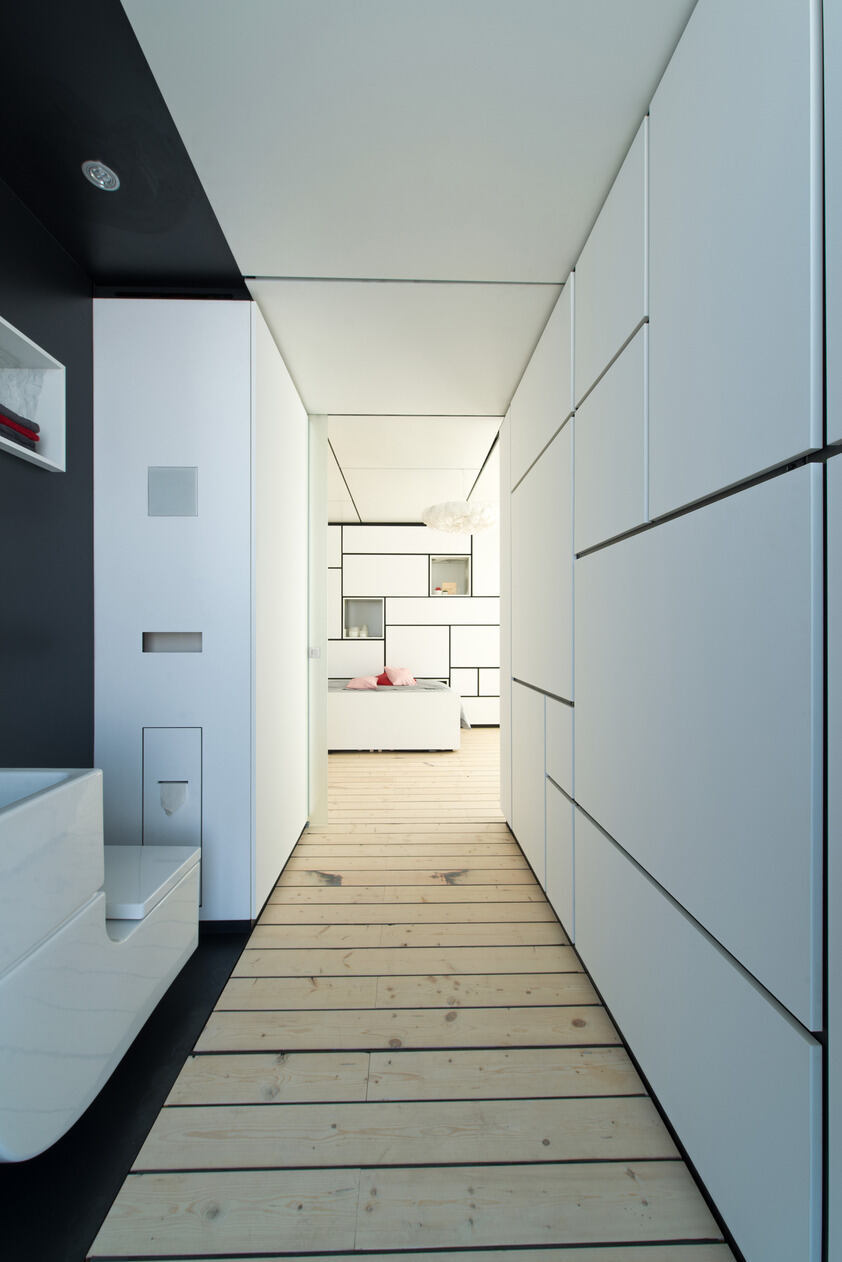 The Counter Entropy Team has started building the house. Work on specific tasks has started at three sites simultaneously: on Campus, part of the team is busy in a woodworking shop while other team members work at a carpentry in Heinsberg. The parts produced in these two places are delivered to a hall at the Research Center Jülich which forms the hub of the construction project being the place where everything is assembled.
The woodworking shop based on the Aachen Campus focuses on the construction and the trimming of the façade forming functional blocks’ interiors, which consist of recycled wood assembled into elements in the workshop. The second major challenge of the woodworking shop is the manufacturing of wooden slats for the floor from glued wood blocks originating from the old Tivoli stadium. The students have already cut the blocks into sized slices in order to assemble the individual slats into ready-to-install surfaces in the end.
The functional blocks were built of wood at a local carpenter’s in Heinsberg. Because of their function as load-bearing exterior walls they were designed complete with insulation. The ground scaffold for the house’s interior was also created on this site. It contains five elements, representative of the residential areas, and has been completed except for the integration of the power lines, the planking and the insulation. In addition, the construction of the roof scaffold has already begun. The roof will consist of seven elements, with four of the beams forming a mitered frame. The remaining three beams are inserted centrally at equal distances into the frame. The remaining three beams are inserted centrally at equal distances into the frame. The roof will be waterproofed in Jülich, however. After the completion of the roof scaffold, units of plastic will be placed, each with a few centimeters of offset. The goal of this is to create a slope which will ensure the drain of the rain water.
The elements produced on the construction sites are assembled in the hall in Jülich. The façade modules are currently produced here, as well. Recycled CDs are partially melted in a mould and thus combined into façade elements of the same size. Supported by a wooden substructure, these surface units are eventually mounted onto the functional blocks. Accordingly, the focal point of the team in terms of the actual construction is moved to the hall in Jülich.
The parts of the interior which is not created by extending boxes from the functional blocks, is supplied by the Gut Rosenberg artisans. These include, for instance, free-standing objects such as tables or chairs.

Further Information:
The Youtube- Channel www.youtube.com/solarrwth allows interesting insights, for example in the current construction phase. Pictures and news can be found on the team's website at www.counter-entropy.org. 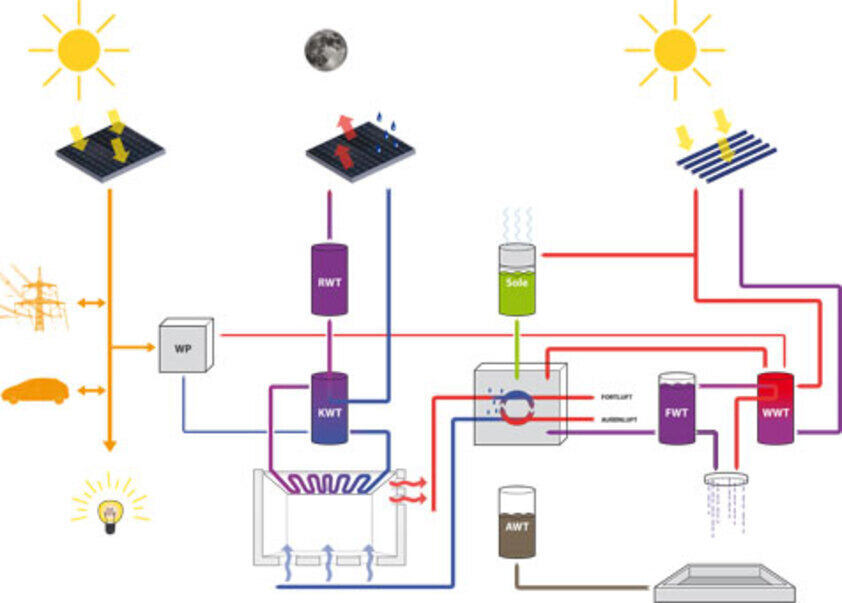 With the Concept of „Counter Entropy House“, the team of RWTH Aachen University has successfully applied to participate in the international university contest Solar Decathlon Europe 2012. The task in this student competition is to design and also to build an energy-efficient house until September 2012.
Since the natural resources of the earth are limited, the house of the future has to be charecterized by a careful use of resources, both during planning and construction. The use of materials that are recycled or reused directly as well as the intelligent integration of building technology in architecture provide a basis which is efficient with regard to resources and energy. The Counter Entropy concept is an approach to respond to these requirements. The project demonstrates the possibilities and opportunities of a suitable construction method and an energy efficient use of future residential buildings.

The Competition
The Solar Decathlon Europe is an international competition over the period of two years, in which 20 selected student teams compete against each other with their architectural designs in ten disciplines, such as sustainability, energy efficiency and architecture. The teams develop a sustainable housing concept for two people, which is characterized by energy-efficient technology and the production of solar energy, as well as reaching the standards of a zero-energy house.
During the last stage of the competition in September 2012, the finished houses will be transported to Madrid and presented to the public for three weeks.
The costs for the development of the house add up to approximately EUR 1,5 million. The RWTH project is significantly funded by the Federal Ministry of Economics and Technology.