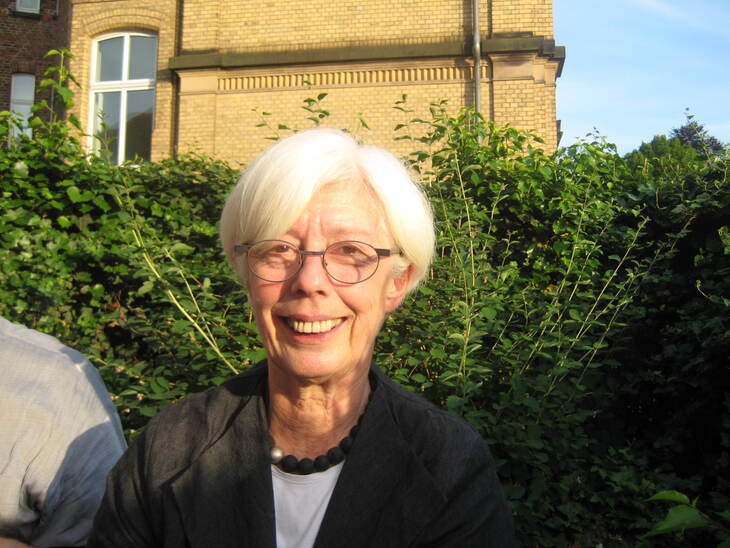 When the name Ursula von Petz is mentioned, the image of an agile, elegant woman with a slightly Franconian accent, who was always open to cooperation and collaborative projects, comes to mind. Creative, at the same time purposeful in her choice of her own work and research topics, capable of compromise in discussions, yet steadfast when it came to communicating her findings and defending her position. Highly competent as a scientist, Ursula von Petz is one of those people who helped to found modern urban research in Germany.

The daughter of an architect in the Bavarian administration, Ursula von Petz studied architecture and urban planning at the Technical University of Munich in the early 1960s, at a time when few young women were pursuing this path. She was inspired by Gerd Albers to study the history of urban planning; the art-historical excursions offered by the department's chair of art history established her longing for Italy, and so she also worked at the Bibliotheca Hertziana, the Max Planck Institute for Art History in Rome. After graduation, she worked for the Greater London Council in London and for the Senate of the City of Berlin in urban renewal.

In the mid-1970s, Ursula von Petz was recruited to the Institute for Spatial Planning (IRPUD) at the University of Dortmund by Klaus R. Kunzmann, who had studied with her in Munich. There she headed the documentation department and established the "Blaue Reihe. Dortmunder Beiträge zur Raumplanung", which developed into a platform of innovative and committed explorations in the fields of action of spatial planning. Ursula von Petz was for decades the soul of this series of publications, in which more than 140 volumes appeared between 1976 and 2004. With her commitment, she helped to shape the profile of the Faculty of Spatial Planning and the education of spatial planners in Dortmund, where she worked as a lecturer and researcher until her retirement in 2004.

Among her research topics, the history of urban and spatial planning had a special place. Even before her groundbreaking doctoral dissertation on "Urban Redevelopment in the 'Third Reich'" appeared in the mid-1980s, she had published several essays on the Ruhr Coal District Settlement Association. The work of Robert Schmidt, the protagonist of regional planning in the Ruhr region and the Siedlungsverband Ruhrkohlenbezirk, was of particular interest to her for decades - her biography of Robert Schmidt was published in 2016. Both as an editor and as an author of monographs and essays, she also wrote about urban planning in the USA and in Italy under Mussolini. Her great affinity for Italy led her to establish a long-standing and intensive exchange between the Department of Spatial Planning and the Urban Planning program at the Istituto Universitario di Architettura di Venezia (IUAV). This motivated the polyglot spatial planner - she was at home in five languages, German, English, French, Italian, and Dutch - to undertake a project in Italy, among others, in which she analyzed the "space-time structure in the peripheral suburbs (borgate) of Rome" together with other colleagues from the Faculty of Spatial Planning. Ursula von Petz was also co-editor of the book series "Jahrbuch Stadterneuerung" (Yearbook of Urban Renewal), published by the Arbeitskreis Stadterneuerung an deutschsprachigen Hochschulen (Working Group on Urban Renewal at German-speaking Universities) at the TU Berlin from 1992 to 2010.

She was a member of the German Academy for Urban and Regional Planning and an active member of the International Planning History Society (IHPS), serving as its Secretary-General in the late 1990s. From 1997 to 2001 she held the chair of Planning Theory and Urban Planning at the Faculty of Architecture of RWTH Aachen University, and in 2004 she was appointed Associate Professor of Planning History at RWTH Aachen University. She has held lectureships at the University of Ferrara and the Vienna University of Technology.

In her cosmopolitanism and multilingualism, she simultaneously built bridges between the planning cultures in the United Kingdom, Italy, the Netherlands and Germany. Whereby Dortmund, and not least the court and house community in Ergste, in the valley of the Ruhr, and of course Utrecht, where her husband Prof. Johann-Christian Klamt taught art history at the university, were her home(s).

Ursula von Petz will be remembered by all who worked with her over the years and decades as a competent and inspiring colleague, friend and fellow campaigner for a critical examination of urban and spatial planning.