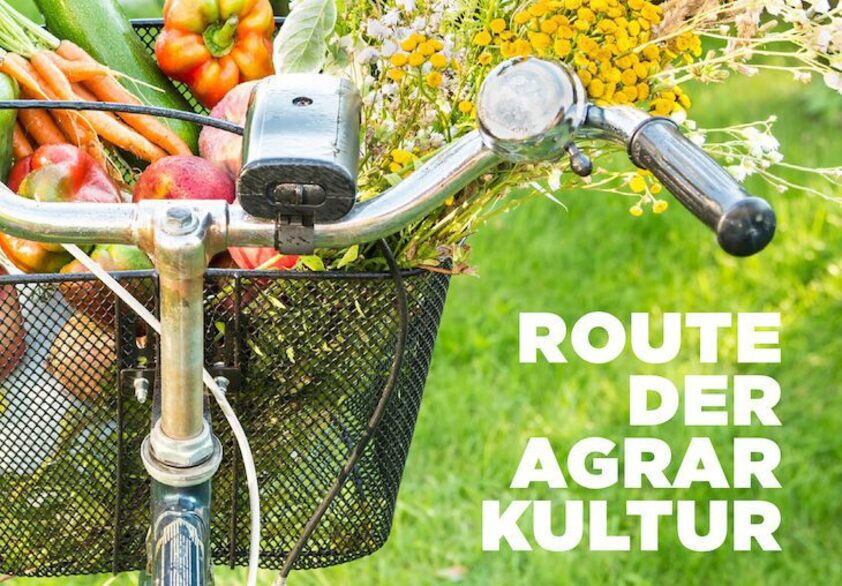 Cycling and getting to know agriculture in the region around Dortmund at the same time. This is made possible by the three sub-routes of the "Route of Agricultural Culture" that have now been published, covering a total length of around 90 kilometers in the "eastern Emschertal" green corridor of the Emscher Landscape Park from Waltrop via Castrop-Rauxel to Dortmund.
The "Route of Agricultural Culture" is a thematic bicycle route on the agricultural landscape in the region. Developed as a leisure activity for cyclists, it invites visitors to experience the urban agriculture of the Metropole Ruhr at first hand.

It is certainly surprising that the Metropole Ruhr, Europe's largest metropolitan area, still has 37% of its land used for agriculture. Especially in the core zone of the Metropole Ruhr, agriculturally used open spaces and settlement as well as commercial areas are closely intertwined. Between and in the immediate vicinity of the cities of the Ruhr region, farms operate, produce food and provide services for the urban population - for example, with direct marketing and refreshment facilities. In addition, the landscape is home to many ecological and social environmental projects related to agriculture - from solidarity farming to environmental education to the preservation of old fruit varieties and livestock breeds.

Interested parties can now experience different aspects of the agricultural landscape on the three circular bicycle routes in Dortmund's north, east and south. The sub-routes have different focuses: The eastern and shortest "Adventure Route" of about 22 km is particularly suitable for families with small children and focuses on the up-close experience of agriculture by visiting farms with hands-on activities. The "Discoverer Route" (approx. 26 km), located further south, deals with social change trends and therefore focuses on trends such as beekeeping or the joint production of food in community gardens or a participatory vineyard. The third, northern and with 33 km longest "Genuss-Route" is particularly suitable for e-bikes due to existing charging infrastructure. All routes have in common that they lead to farm stores or other forms of direct marketing and a farm café or a country inn.

The idea for the "Route of Agricultural Culture" was developed in the CoProGrün research project, a collaboration between the Ruhr Regional Association, the NRW Chamber of Agriculture and the Institute and Chair of Landscape Architecture at RWTH Aachen University. The exemplary implementation in the green corridor around Dortmund was carried out under the leadership of the Ruhr Regional Association in cooperation with several farms, the Emschergenossenschaft, Ruhr Tourismus GmbH and civil society organizations. For example, the association Menschen an der Emscher e.V. (People on the Emscher) also offers guided bicycle tours along the routes if required and requested.
In preparation for the International Garden Exhibition (IGA) 2027 in the Metropole Ruhr, the Route of Agricultural Culture is also to be continued in other sub-areas of the region.

Learn (yourself) more about agriculture and its many facets in the online-Store of the Ruhr Regional Association.