You Are Here: Exhibition RomeBerlinRome with Uwe Schröder 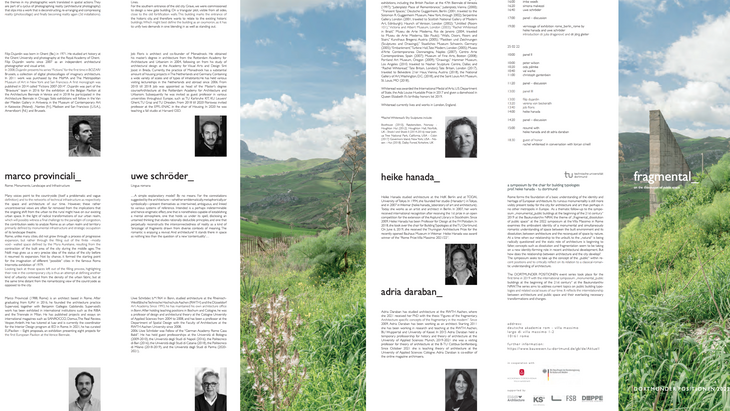 As part of the exhibition "RomeBerlinRome", Heike Hanada and Uwe Schröder take a look into the distant future of the European city from the year 2070. The basis for its future viability is a structure of "soldis and voids", the constant process of condensing open structures into urban textures. Rome and Berlin serve as examples of cities where the lessons of the 19th and early 20th centuries as pioneers of this process are still tangible, but are increasingly being forgotten through the neglect of the city's cultural assets.

At the same time, the symposium "fragmental_dissolution of public space" by Heike Hanada (Technical University of Dortmund) will take place on 24 and 25 February, which attempts to take up the concept of the "public" in newer positions and critically reflect on its relationship to a classical-romantic understanding of architecture.

Further information can be found on the website of the Chair of Spatial Design.